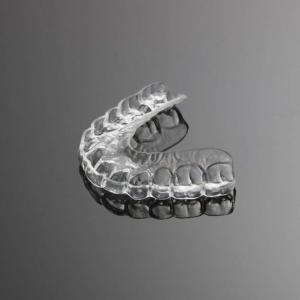 So your dentist told you that you need a night guard!

What is a night guard? Why would you need one?

A night guard is an appliance that is worn while sleeping to protect the teeth from tooth on tooth wear as a result of grinding or clenching. We term excessive teeth grinding and clenching “bruxism.”

A night guard or bruxism appliance typically covers all of the teeth in one arch and is flat on top. When an individual grinds or clenches, the teeth do so against the appliance and not the opposing teeth. This prevents wearing away of the tooth structure.

So what if I grind my teeth every once in a while?

It may not seem like a big deal if you grind or clench your teeth and you may not notice any adverse effects. The problem is that over time it can have a significant impact on our teeth and result in severe wear. When many teeth are worn down it is very costly to repair because it requires crowns on every single tooth. Yes, you may need as many as 32 crowns if you grind your teeth. The process to repair these teeth also typically takes 18-24 months to complete as the jaw joints and muscular health needs to be considered and accommodated throughout the process.

Will grinding my teeth cause premature aging?

It may sound crazy that grinding your teeth can cause premature aging but it actually can cause a person to appear older than they are. This is due to a loss in facial height as the teeth get worn down. As you can see in the picture below, the woman appears much older in the left. The only thing that has changed is her facial height. 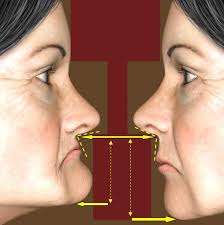 Grinding your teeth can cause a number of other problems including:

When to see your dentist

The cause of teeth grinding isn’t always clear, but it’s usually linked to other factors, such as stress, anxiety or sleep problems.

Other factors that can make you more likely to grind your teeth or make it worse include:

Teeth grinding can also affect children. It tends to happen after their baby teeth or adult teeth first appear, but usually stops after the adult teeth are fully formed.

The two most common types of night guards will cover all of your teeth. There are others available that provide partial coverage as well.

Over the counter night guards

If you are concerned that you may grind your teeth or are in need of a night guard, you can contact simpli dental in Regina to set up a consultation and we will answer any questions you may have.

Getting a second opinion for dental treatment
Free teeth whitening in Regina
Dental Bridge or Dental Implant? Advantages and Disadvantages
Booking Summer Dental Appointments
Immediate Load Dental Implants
How Invisalign Works
How much does a dental implant cost?
Our Clinic in Photos
265 replies

Want to join the discussion?
Feel free to contribute!